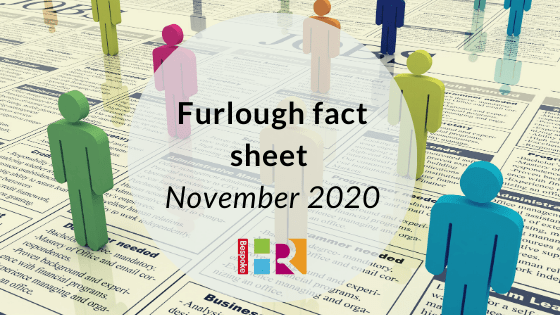 The most up to date guidance on the Coronavirus Job Retention Scheme (CJRS) otherwise known as furlough, which is now set to run until 31 March 2021. There have been some changes to the original scheme that employers need to be aware of.

What are the details of the extended scheme?

It is open to all employees who were employed and on the payroll by 30 October (providing the company has made a PAYE RTI submission to HMRC since the scheme started in March). This includes:

Organisations can re-employ staff and place them on furlough who were made redundant on or after 23 September (providing they were on the payroll on or before that date).

As before, during any hours of furlough, the worker must not carry out any work or activity which provides services or earns revenue for the organisation. They can undertake training (and be paid at least the National Minimum Wage for any hours spent training) and they may volunteer or work for another organisation with permission from their employer.

What does the updated guidance include?

The topline points from the extended guidance, which differ from the previous scheme are:

How to calculate your furlough claim

The gov website has a calculator you can use.

Records you must keep

You must keep a copy of all records for 6 years, including:

You can read the full government guidance here.

If I recently made someone redundant, can I bring them back and then furlough them?

The scheme will allow to re-employ anyone who was made redundant or whose contract expired on or after the 23 September (provided they meet the eligibility criteria).

You will need to exercise caution with this however. If the role is redundant and you are unable to employ them beyond the scheme then the new rule about notice period will mean that you can’t claim furlough for this period. If you think the role will be viable in future then this is a good opportunity for you to be able to re-hire them.  We would always recommend seeking professional advice if this is the route you are going to take. You will need to consider how you deal with any redundancy payments made, new terms and conditions and whether the role will be viable further down the line.

Can I furlough vulnerable employees or those who may need to shield?

The current guidance states that anyone who is medically vulnerable should work from home. The gov contacted anyone who fell into the shielding category earlier in the year, and at present is not advising shielding. You can furlough vulnerable employees as long as they need the eligibility criteria.

What are the rules around maternity leave and furlough?

We have received some questions around placing workers on maternity leave on furlough. The latest guidance states that an employee has to give 8 weeks’ notice if they want to return to work earlier than their agreed date. You can’t currently claim furlough for them if they return before the agreed date.

Do I have to get agreement from staff to furlough them?

Yes, you will need to get written agreement for full or flexible furlough. HMRC doesn’t stipulate that you need signed agreement, but we would always advise that you do. This is because you’re potentially reducing hours and salary and is therefore a change to their terms and conditions and protects you against any future claims.

What about holiday pay and furlough? How does that work?

You can’t place an employee on furlough pay to cover holiday. Staff can still request holiday in the usual way however and if it’s whilst they are on furlough then should be topped up with the usual pay.

This also includes bank holidays. If an employee would usually take this as leave, but are furloughed, employers can class this as holiday and top up to normal pay.

For any questions about furlough, contact our team and we would be delighted to help.

Speak to our team