How to avoid discrimination when recruiting 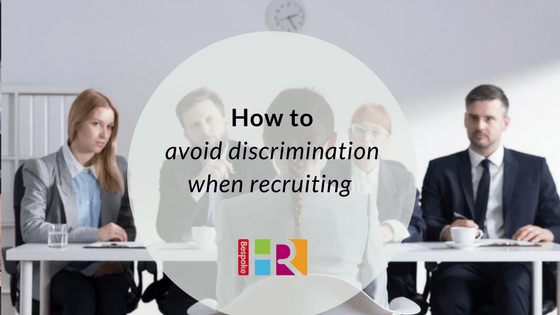 How to avoid discrimination when recruiting

Most organisations still rely heavily on the job interview to identify the best candidate for vacant positions. However, a recent study by the Equality and Human Rights Commission (EHRC) showed many employers need more support to better understand the basics of discrimination law and, in particular, the rights of pregnant women and new mothers.

In an interview with the BBC, EHRC chief executive Rebecca Hilsenrath said: “It is a depressing reality that, when it comes the rights of pregnant women and new mothers in the workplace, we are still living in the dark ages.

“We should all know very well that it is against the law not to appoint a woman because she is pregnant or might become pregnant.”

“Yet we also know women routinely get asked questions around family planning in interviews.”

In a poll for the Equality and Human Rights Commission (EHRC), 36% of employers thought it reasonable to ask a woman about her plans to have children.

Some 59% agreed that a woman should have to disclose during the recruitment process whether she is pregnant.

The commission said the poll of 1,106 male and female decision-makers showed worrying attitudes.

Although it might seem obvious to avoid questions that may discriminate against pregnant women or new mothers, when trying to build a friendly rapport during an interview, it can be easy to innocently stray into ‘grey’ areas which may seem harmless but are in fact discriminatory, and therefore potentially illegal. Remember, the purpose of the interview is to identify whether a candidate has the behaviours, skills and experience for the job you are filling. Whether or not you reached your decision to hire someone based on the candidate’s answer to a question about their intention to start a family or their childcare arrangements, you leave yourself open to discrimination claims if the decision does not go their way.

Tips for keeping the interview away from potentially litigious territory

Other findings from the YouGov survey of small, medium and large firms included:

We can offer advice on recruiting or employment law, get in touch for a chat.

Speak to our team